Since Monday, there has been a buzz – to put it mildly – relating to the trust administration industry in South Dakota. The leaking of 11.9 million private financial records was very big news and it’s reverberating around the globe.

Let me say that again: eleven-point-nine-million financial records. How much data is that?

Simmons is a professor at the University of South Dakota’s Knudson School of Law and concentrates on trusts, estate administration, and the estate tax. Prior to becoming an academic, he was a partner with the Rapid City law firm of Gunderson, Palmer, Nelson & Ashmore, LLP.
I think it’s fair to guess that some financial records are more than just one page long. Let’s say on average – conservatively – a financial record comprises three pages. (The records include a variety of documents; emails, spreadsheets, contracts, etc.) At three-pages each, that amounts to 35 million pages.

A full set of the Encyclopedia Britannica is about 32,000 pages. So, that’s 1,093 sets of encyclopedias worth of leaked documents.

I don’t know about you, but – despite my ambitions as a young person – I never finished reading our family’s encyclopedia set. (We had the World Books at our home, which are a slightly easier read than the Encyclopedia Britannica.)

I never completed even a single volume, although I made it partway through “L” if I recall correctly. If a person could finish reading a full set of the Encyclopedia Britannica at the near-maniac speed of six months, at that rate, it would still take over 500 years to sift through the entire Pandora Papers. Maybe you delegate the task to 100 persons; that way it would only take five years.

The project to bring the Pandora Papers to light reportedly engaged 150 news organizations, and you would need that kind of workforce to make even a small dent within a reasonable period of time – otherwise the information would be too stale to be newsworthy. And some of the information is too stale to be of much interest as it goes back to as early as the 1970s.

My point is this: It’s a lot of documents. An almost unmanageable volume of documents. The Washington Post refers to it as a “massive trove.” They’re not kidding.

Nevertheless, journalists have somehow managed to summarize them for the public. What do they show?

Thus far, the Pandora Papers journalism has identified several bad actors who have utilized trusts. There are, for example, indications that a Cambodian antiquities dealer named Douglas Latchford used trusts to traffic in looted cultural artifacts. The Department of Justice caught up to him and he hadn’t utilized a South Dakota trustee but rather a trust company in Jersey (one of the Channel Islands off the coast of France). Latchford died last August.

For trusts administered in South Dakota, there are accusations, too. The journalists list 30 South Dakota trusts holding shares in companies which have been accused of “corruption, human rights abuses or other wrongdoing.” That’s a concern, and one which should be taken seriously by professional trustees and government regulators of trust companies alike. But it’s also important to note what the allegation says – and what it doesn’t say.

The allegation is that some trusts administered in South Dakota hold shares in companies which have been accused of wrongdoing.

My friend owns shares in Volkswagen AG, a Germany company not just accused of wrongdoing, but guilty of violating the Clean Air Act by fraudulently manipulating emissions test results (the “diesel dupe”).

I personally used to hold some shares in Wells Fargo Bank, N.A., an American company not just accused of wrongdoing, but actually guilty of an account fraud scandal of such staggering proportions that it generated a $3 billion dollar fine. (That’s billion – with a “b.”)

Those are examples of some pretty serious corporate wrongdoing and not mere allegations. Now, I could just as well own some Wells Fargo shares in trust, let’s say a college-savings trust I’m managing for my children’s future college costs. I’m pretty sure that would not make the front-page news.

There are some points in the Pandora Papers journalism which are emerging as concerns that deserve attention and perhaps even regulatory reforms. But, at least so far, there’s also quite a bit of puff. With such an enormous stack of documents, perhaps there are more serious concerns to come.

These are the views and opinions of the writer and not those of the University of South Dakota, its Knudson School of Law, or the South Dakota Board of Regents. 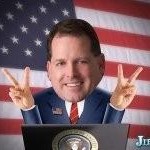 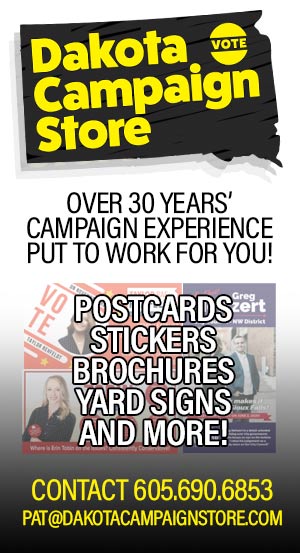